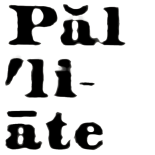 Getting off at SAIC’s MFA show

This article was originally published on VAMSTUDIO, May 11th, 2016

While ‘pornographic’ might not be the most diplomatic way for a critic to characterize this year’s SAIC MFA thesis show, it definitely feels the most true to the feeling he walked away with after exiting the school’s Sullivan galleries last Friday. The reason why exactly is still a bit of a toss-up, but we can imagine that it has something to do with the sheer amount of gawking that transpired, in an atmosphere jam-packed with neon tubing, fresh sod, phallic inflatables, hot pink wallpaper, and piles of candy. Or else it was just the visceral experience that comes from rubbing elbows with too many of the Chicago art scene’s wine-toting art appreciators whose attendance was predicated just as much on being seen as it was on seeing. The result isn’t a bad feeling exactly, but one that sits somewhere on the spectrum between admiration and pity, for the 129 eager young exhibitionists who found themselves crammed on the seventh floor of the school’s 33 State Street building.

All of whom, it should be remembered, had the privilege of attending the country’s top MFA program and benefitting from what the school’s website is sure to inform us is “one of the most historically significant accredited independent schools of art and design in the nation.” Whether that means a one-on-one studio visit from the esteemed Jerome Saltz or more local luminaries like Jose Lerma and Michelle Grabner, or the best facilities for everything from biotechnology to 3D printing, not to mention individual studio space in the center of the region’s cultural capitol, it seems like the ideal way to begin a career. Though, as any artists worth their weight in food stamps can tell you, the reality is that these perks aren’t easily translated into market success.

And so, the thesis exhibition itself is what? A coming-of-age celebration for those candidates who will be scraping together money for studio rent two months from now? The first meager steps into un-subsidized professionalism? A place for Chicagoans to go look at some art for half an hour before (or while) getting smashed? In truth, it means a lot of things for a lot of different people.

For MFA candidates like Omar Valesquez, it is the last chapter in an already-long-enough story that takes place in an odd and somewhat stifling environment. He assures us that he doesn’t want to be a surrealist, despite the gigantic piece of moldy bread adhered to the wall, but that his recent work is a natural response to the marble-columned and glass-partitioned environment that he now finds himself in on a daily basis. “When you change the environment you change completely” he offered in a quiet tone.

In San Juan, his work took on the character of what the art denizens of Chicago would quickly label “ Social Practice,”  working with various local organizations and rehabilitation programs to serve the public directly. The switch seems natural enough, but not one that he plans on making permanently. When asked about his plans for the future, he offered  few details outside of the intent to purchase a van, and drive it somewhere that is not here.

A piece of furniture in Vanessa Fletcher’s self-examination room

For Vanessa Fletcher, the grad show has been a tenuous negotiation between the very personal business of art-making, and all the rules and regulations that come with an entity as large as her school. Her installation borrows from the institutional flavor of the college, blending it with the warmth and personal domesticity that can only come from baroque furniture adorned with menstrual blood and porcupine quills. The pink biohazard symbol painted right outside of her exhibition area wasn’t just an ironic jab at the misappropriation of female bodies in our society, but an actual requirement imposed by the powers-that-be.

If her call to “own your cervix” was an attempt to transmute institutional discomfort into a process of self-realization and creation of personal space, we would have to say she succeeded.

For others like Pablo Vindel, it is another of the many endeavors in translation that he has encountered since moving here from Spain for school. Invoking a Shrek-inspired onion metaphor he tells us, “Spanish people are known for being friendly and accessible, but you have to peel layer by layer,” noting, “here I feel like you can peel through layers right away, but if you want to go to the fourth or the fifth, it’s obstacle after obstacle. People open themselves very early on the surface, but I think once you get to a point, you can’t pass.”

He likens these efforts to the technical processes in which he chose to immerse himself during his time at the school. He describes blowing molten glass as “an imposition of dynamism and momentum” during which process, pieces invariably crack or shatter completely. Through a patchwork of  gluing and tying together he says he’s “trying to repair and compensate for the loss.”

For Chanhee Choi, the show was an opportunity to challenge some of the more unsavory aspects of the art world through her colorful neon installation-cum-performance-cum-videogame. According to the artist, the school wasn’t totally happy with the way her balloon-swaddled dancers aggressively confronted gallery guests, and one or two smudges on neighboring works didn’t help her case much either. Though, one has to wonder if this is the responsibility of the artist so much as the school that is trying to cram 130 of its students into a single exhibition space.

For the vast majority of MFA candidates, what their thesis exhibition will not mean is a meaningful step toward a career as a working artist. If we follow the numbers, what we find is that only about 10% of arts graduates make their living as such, the same rate that SAIC grads default on their student loans. Taking into consideration that seven of the top 10 most expensive schools in the country are art schools, and that of these SAIC ranks dead last in available grant aid, we are left wondering what exactly these students are paying for.

And while the question might not be perched so poignantly in the minds of most MFA candidates, academia’s tendency to cannibalize its own is far from a secret. Before graduation the majority of students are already working as Teaching Assistants at $12 an hour, allowing them to pay off a less-than-meager portion of their $95,000 in loans, while providing the school a nice profit margin on undergrad courses. It’s an oversimplification to be sure, but one that doesn’t get prettier when sliced any other way.